A patient and their family become aware of the communication challenges that the patient faces after aphasia is diagnosed. How can family members, friends and caregivers communicate with an aphasia sufferer using technology?

Aphasia in its various forms can affect the ability to speak, understand speech, read and write. However, intelligence and thinking skills are not impaired.

A person who has aphasia needs stimulation, even though it sometimes looks otherwise. The brain is like a muscle – if you do not stimulate the brain it will eventually lose its abilities.

In addition, communication in itself is important, as it is one of the activities of daily living (ADLs). The person has to re-learn how to communicate, as well as perform the other ADLs, which will determine their ability to be an independent functioning adult.

Provision of speech therapy is the most widely used and most effective cure for aphasia.

Speech therapists as well as caregivers, family or friends can work with and communicate with the aphasia sufferer using speech devices and technologies and thereby provide the much needed stimulation.

Harnessing Technology for Communication with an Aphasia Sufferer

Here are a few ‘picks’ of the resources available on-line, for Assisted Technologies (AT) and Augmentative and Alternative Communication(AAC).

Devices without any Special Technology

Without any highly developed apps, you can still use your phone or device as a communication resource: by video, by pointing to images of people or objects, by playing recorded sounds and songs to facilitate activities.

Remember, that when communicating with a person who has aphasia, the pressure must be low. Your accepting attitude will help as well.

Tips for Communicating Effectively and Being Sensitive

Hoping for a Better Tomorrow

If the aphasia was caused by a stroke, as is common, a patient can hope for an improvement in the first few weeks after the event. The improvements will probably continue in the months and even years after the stroke. The earlier and the more the person’s brain is stimulated, it seems it is better for their chances of recovery. The efforts of the family, friends and caregivers to communicate with an aphasia sufferer using technology and in person will do wonders to boost their feelings of well being after the stroke or injury, and help in their personal recovery. 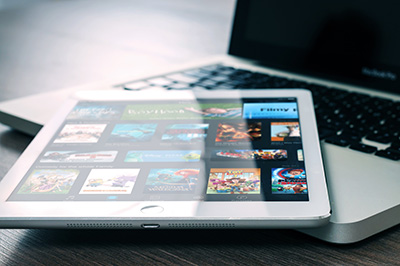 Photo by William Iven on Unsplash